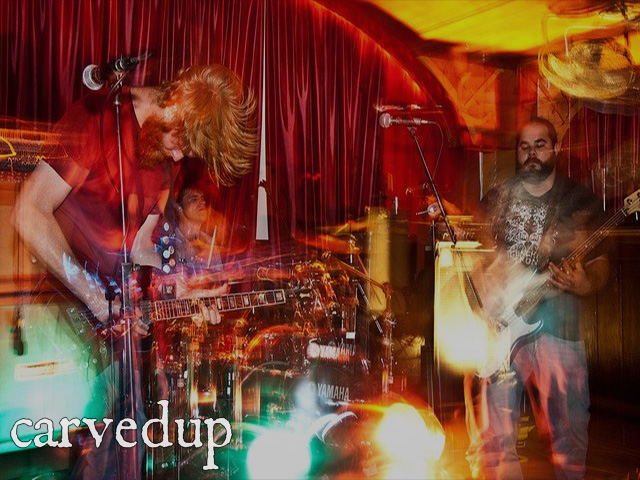 Southeastern Pennsylvania-based caustic power trio, CARVED UP, has completed their official debut LP, Matador, and is preparing to be let out of the cage this Fall via Crowquill Records.

With angular and jagged rocked-out hardcore structures channeled through a sludge-fueled wall of amplification, the aptly named CARVED UP produces a sound that is as cutting as it is inventive, the members slicing loose all bland fodder along the way through the independent release of several successful EPs and singles. While their intense and hook-laden sound is difficult to hammer down, amassing the members’ primary and vast common influences actually does a decent job, citing Botch, Chavez, Sunny Day Real Estate, Shiner, Gospel, Young Widows, These Arms Are Snakes, and Jawbox. It’s a cranked-up, knockdown affair, which now comes boiling over in its most mutinous form yet, with CARVED UP’s impending debut LP, Matador.