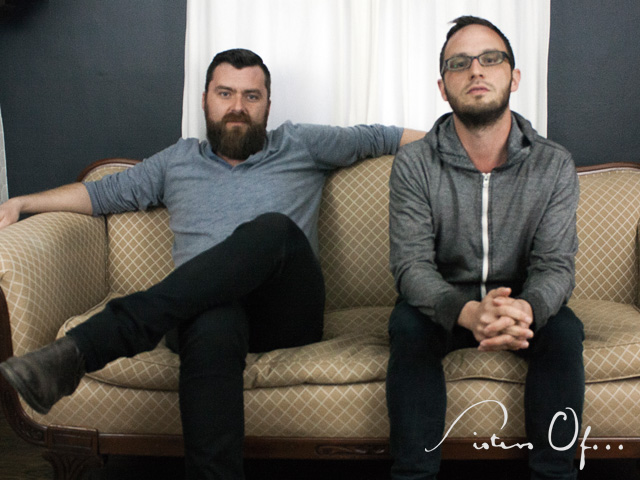 Sisters of… is a genre-defying project from St. Joseph, Missouri. Multi-instrumentalist Aaron Coker (ex Appleseed Cast, Reggie & The Full Effect) reinvents the traditional interpretation of a 'band,' hand-picking a rotating cast of fellow colleagues to collaborate on Sisters of… material. Tired of musical limitations, Coker's idea of blending heavy and atmospheric sounds was realized in a track that evolved into the cornerstone of Sisters of…'s first EP, Follow Me as a Ghost. Highly sophisticated and thoughtful composition was guided by longtime writing companion Chris Clark's (ex-Blackpool Lights) guitar and bass and supported by Isaac Khan for the title track. Layers of post-rock, metal, and experimental elements build evocative soundscapes that expand beyond the conventional themes of life and death.

Impressed by Follow Me as a Ghost, which St. Joseph's News-Press called "experimental metal at its finest," Crowquill Records invited Sisters of… to join the label and work jointly toward the actualization of Sisters of…'s first full-length, due to be released early 2015. Chris Clark will be returning once again on guitar/bass, this time contributing more to the writing process with Aaron Coker.