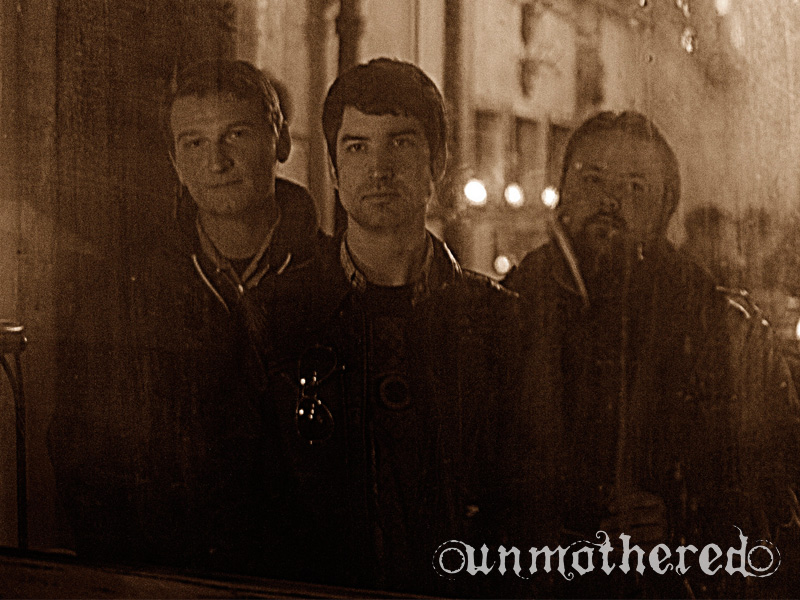 Crafting their own take on heavy music by mixing an atmospheric, cavernous sound with an earlier 90s noise element, Unmothered began creating sonic tremors in 2010. Supporting their self-titled debut vinyl EP the band received strong reviews from several sources within the underground metal community including Invisible Oranges, Metalsucks, The Obelisk, and The Sludgelord. Referencing bands such as Unsane and Today is the Day with a twist of YOB, the band carved a path to their own sound now fully realized with their second 3-song release, "U M B R A".

Expanding on what they started, Unmothered sail further into their murky soundscapes, offering a more refined yet uncompromising 14 minutes of heavy music that experiments in its own energetic complexity, and explores new expressions within stoner doom psychedelia. Collaborating once again with UK artist Andrew Sloan for album art, "U M B R A" is just as visually compelling as it is sonically. The band seek to promote the upcoming release on Crowquill Records before following up with a full-length late in the year

"The guitar tone really gives all the songs character, with loads of reverb and delay that fall somewhere between Nachtmystium, Tombs, and Unsane; it’s a distinctly American melting-pot sound, with decades and innumerable bands to draw inspiration from."-Invisible Oranges

"Unmothered are an incredibly bitching metal band from Austin."-Metalsucks