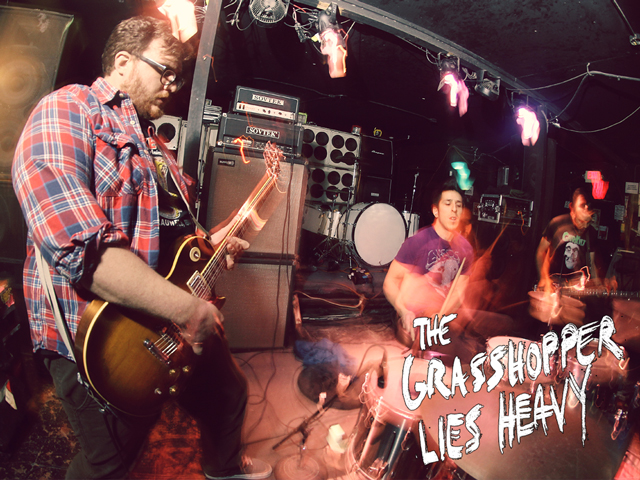 The Grasshopper Lies Heavy is a post-metal project from San Antonio, Texas. Founded in 2005 by guitarist James Woodard (Islands and the Sea, MEGA MAN, Blacknail), the band’s self-titled EP and brooding, dark sound caught the attention of Forgotten Empire Records, releasing Soft Noise and the critically acclaimed GUN. To the delight of those anticipating a follow-up to GUN, The
Grasshopper Lies Heavy independently released its first full-length, Every Man for Himself and God Against All, in January 2010. The band continued to tour extensively, sharing the stage with the likes of YOB, Russian Circles, Torche, Dark Castle, and Rwake while finding time to record two cassette splits with fellow Texan act Sohns and Atlanta’s Hawks. 2012 saw the release of In Love, a split 7” with God Townes, and in 2014 All Sadness, Grinning into the Flow was the band’s first full-length on Learning Curve Records. RIYL: Boris, Old Man Gloom, Harvey Milk.

Crowquill Records has now remixed, and remastered The Grasshopper Lies Heavy’s very first LP, Every Man For Himself and God Against All, a hypnotically crushing journey in five parts.