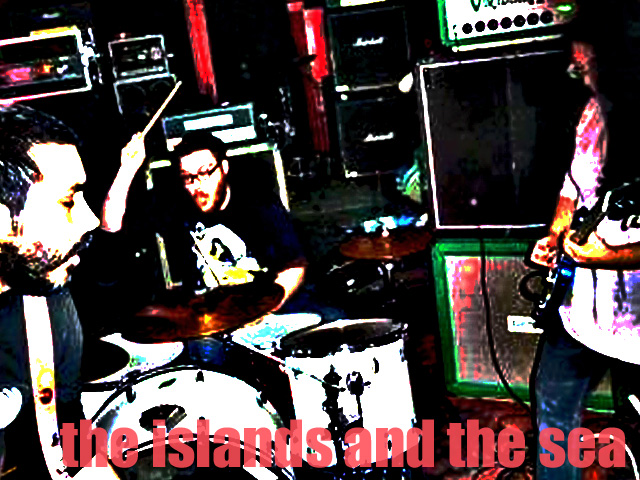 The Islands and the Sea are dead. Formed in 2007 by James Woodard of The Grasshopper Lies Heavy and Mario Trejo and Viridiana Rivas of Jupiter Mission, the band had a tumultuous few years of existence. Releasing their first album, “Return” in 2008 on the now-defunct Forgotten Empire Records, the band was lauded in critical acclaim. Adding guitarist Jonathan McKnight into the fold the next year, the band started writing the follow-up album soon afterward. The band recorded what was to be their posthumous swan-song, now titled “The Islands and the Sea are Dead”, and broke up soon afterward. Mario and James continue working together in The Grasshopper Lies Heavy, but talks of releasing the lost Islands album occasionally sprang up in conversation, as the band was quite pleased with the outcome of the recording sessions.
We are happy to finally release the lost album from The Islands and the Sea. Despite never being previously released, the album is a fantastic cross-section of what the band excelled at; dense, droney, heavy songwriting with a heavy dose of kraut and psychedelic influence.